“On the Homefront” by Judy Cook (via ZOOM) 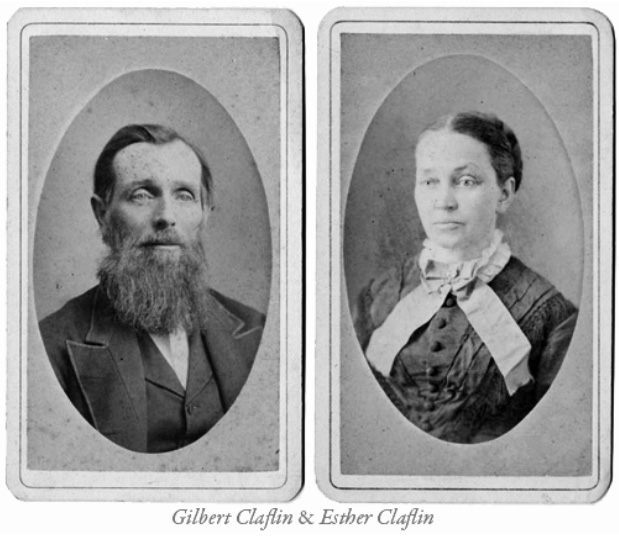 Our speaker for October is Judy Cook. Her topic is “On the Homefront.” Judy’s presentation will be via Zoom beginning at 7:00 p.m. on October 28. All members will be given a link to the Zoom meeting a few days before it is scheduled. Feel free to share the link with persons you think might be interested in joining our Roundtable and want to see what the (virtual) meetings are like. We can accommodate up to 100 persons at the meeting, which should allow up to 15-20 guests.

Judy is the author of  “A Quiet Corner of the War: The Civil War Letters of Gilbert and Esther Claflin, Oconomowoc, Wisconsin, 1862-1863.” It contains about 120 letters between her great-great-grandparents, plus fascinating information from about a decade’s research on people, places, events, and things mentioned in the letters.  It was published by University of Wisconsin Press in 2013.  You can get the book from her website judycook.net, directly from UWP, or send a check for $27 ($25 plus $2 postage) payable to Judy Cook, 138 Kendal Drive, Oberlin, OH 44074. More information is below. 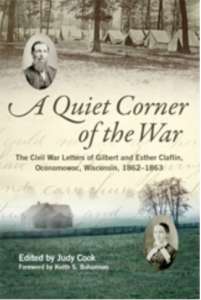 “Not many collections of wartime letters between spouses are in print, and this collection builds on other Civil War primary materials in an important way: the reader is able to get simultaneous reports on the scene at home, in the Army camp, and in the field.”
—Suzanne Bunkers, editor of The Diary of Caroline Seabury, 1854–1863

In 2002, Judy Cook discovered a packet of letters written by her great-great-grandparents, Gilbert and Esther Claflin, during the American Civil War. An unexpected bounty, these letters from 1862–63 offer visceral witness to the war, recounting the trials of a family separated. Gilbert, an articulate and cheerful forty-year-old farmer, was drafted into the Union Army and served in the Thirty-Fourth Wisconsin Infantry garrisoned in western Kentucky along the Mississippi. Esther had married Gilbert when she was fifteen; now a woman with two teenage sons, she ran the family farm near Oconomowoc, Wisconsin, in Gilbert’s absence. 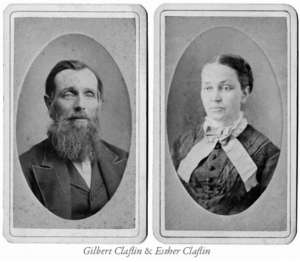 In his letters, Gilbert writes about food, hygiene, rampant desertions by drafted men, rebel guerrilla raids, and pastimes in the daily life of a soldier. His comments on interactions with Confederate prisoners and ex-slaves before and after the Emancipation Proclamation reveal his personal views on monumental events. Esther shares in her letters the challenges of maintaining the farm, accounts of their boys Elton and Price, concerns about finances and health, and news of their community, illuminating aspects of the wartime North often overlooked in Civil War histories.

Judy Cook has made the letters accessible to a wider audience by providing historical context with notes and appendixes. The volume includes a foreword by Civil War historian Keith S. Bohannon.

Gilbert Elton Claflin (1822–79) was born in Sandisfield, Massachusetts. Esther Patience Colby Claflin (1830–1900) was born in LeRoy, Ohio, and grew up in western New York State. In 1844, each moved to Wisconsin.

Judy Cook tours universities and historical societies in the United States and United Kingdom, performing multimedia presentations based on the Claflin letters and songs of the Civil War era.

She also has three CDs of Civil War songs and tunes. These are “Tenting Tonight: Songs of the Civil War,” “On the Home Front,” and “Civil War Hijinks.”  Lists of songs, with samples, are on my website judycook.net.  You can order them from her website, CD Baby, or send a check for $15 each, or all three for $40 (I’ll pay the postage) payable to Judy Cook, 138 Kendal Drive, Oberlin, OH 44074.